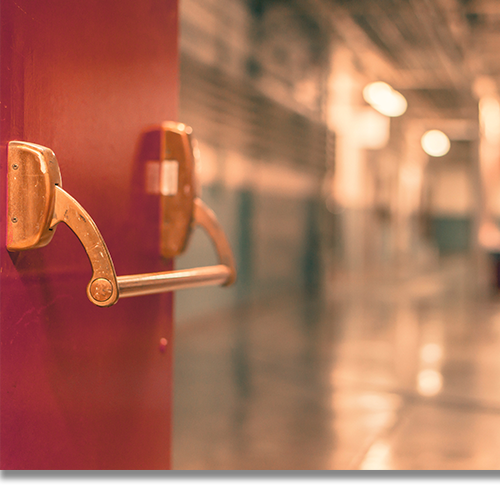 The old-fashioned clock is ticking on the wall. It’s five a.m. We are in the Emergency Unit, the ‘A and E’, of our local hospital in Bedford, in South-Eastern England, waiting… We’ve been here for three hours. It’s 3 degrees outside. My skin has goose pimples and my hands are shaking. I am wearing a coat over a hastily snatched thin pink dress (the paramedics were in our bedroom). The window in the relatives’ waiting room is cracked. The tea machine is broken. I’m a great water drinker at the best of times and I pour myself a plastic glass of drinking water from a water dispenser next to the patient cubicles.

‘You’ve not been givin’ that to your ’usband, ‘ave ya?’ chides the receptionist, ?nurse with the frizzy hair.

You, Arthur, are wheeled back from a brain scan.
An unlabelled middle-aged doctor, wearing white, so probably a registrar, arriving, pronounces: ‘He’s going to be out for a while.’

The conversation that followed went something like this:
I misunderstand the understatement.

’In that case I may as well go into work’. I thought I would like to be comforted by my colleagues in the university in London.

‘I shouldn’t if I were you. It’s not an aneurism that we can treat by coiling.’

I think I know what an aneurism is. It’s a weak bulging blood vessel. What is “coiling”? It must mean blocking that blood vessel off. I don’t ask.

‘He’s had a massive brain haemorrhage.’ And then, ‘We haven’t got room for him here. We can keep him sedated for twenty-four hours if you like, but he’s unlikely to wake up again.’

Questions fill my mind. So soon after the heart treatment? What is “here”? The Accident and Emergency? Another ward? I think, but unusually for me, I don’t ask.
I think back – I always was a rebel.

I am sick of my mother. I’m running away. The back door is never locked. It’s summer. I am four years old, and I am wearing one of those cotton, clean-smelling blue and white check dresses taken in at the waist with elastic, which my sixty-five year old seamstress grandmother in Harrow who might die, makes. Mummy has her back turned, standing in front of the gas cooker – I can smell the sulphur of frying egg. She’s not looking my way or out of the kitchen window, anyway. I step nimbly over the blue bricks of our back yard and run ‘up’ the entry tunnel between Grandpa’s, Auntie Winnie’s, Uncle Joff’s and five year old chubby Cousin Pam’s red brick house and ours. I don’t turn left the way Pam goes – to New Swanton School. I turn right – we go that way more.

I run on our side of the road: past Mr miner Rennocks’s, Mr double-chinned miner Beeson’s, my friend Pat Concannon’s, and small black Bob Wardle’s – he’s not out, thank goodness, ‘cos he jumps up, barks and scares me; past ‘the row’ – the eight houses joined together, which poorer people have; past tall, broad Mr Smith’s big-windowed sweet shop, in the last of the row – he’s standing outside, staring, as he only has customers when the ‘gals’ come out of the factory that’s on the other side of the road, or when groups of kids have got their pocket money on Fridays: ‘Where yer gooingg?’

Past the pointy, glasses-wearing teacher’s house with the fir tree in the front garden, past the funny grey-covered, flat-roofed house belonging to Mr Mann; down the hill past the four red-brick houses that Mr Mann rents out, past the goat field and the ruin which Daddy says used to be a bus garage; past the Black Horse, with it’s triangular Bass sign, right round the corner at the smelly green and white tiled Waggon and Horses on the bit where the pavement is narrow, but wide enough for me. The dog barks under the gate, and I see his teeth, but he can’t get out; past the hairdressers, over the railway bridge. I don’t go into the butcher’s. I don’t stop at the phone box or school (which is for five year olds anyway). I cross the road at the White Horse, pass the bus stop and the photographer’s where Granny made me go with Mummy’s Dutch doe rabbit, round the Crown Hotel, another Bass pub on the corner, turn left into Vicarage Street which doesn’t have a vicarage, and into Mr Myatt’s grocery store where we do our shop with Mummy’s little red Silvine note book on a Thursday afternoon, and from where he delivers on Friday. He once asked her why she doesn’t use her sweet coupons and she told him she didn’t believe in sweets. I think he thought she should give the sweets to someone else like my Auntie Winnie or Grandpa.

I’m enjoying the smell of sugar, the dry dusty smell of flour, and I watch Mr Myatt cutting the not so nice-smelling Red Leicester cheese with a wire as long as I always wanted to. But nasty Mummy, in her brown, not-woollen, fair-Isle patterned cardigan and mid-length pleated brown skirt, arrives with my hard, flat, brown-covered, wooden-bottomed and black metal-framed pushchair. How did she know I’d come here rather than to Mrs Vesty’s ‘An Apple a Day Keeps the Doctor Away’ fruit shop? She roughly forces me in the pushchair, holds the door open with her giant, laced up left foot and pushes me out, and as far as the green tiled Waggon and Horses pub. Then my punishment is to walk up the hill, and once in the house, I get sent upstairs to bed till tomorrow without my 5 o’clock tea, which would’ve included the eggs as it’s Wednesday.

I had been happily in my own little world. I always was a rebel. And there was always a punishment of some kind.

I tell him I want you, husband, to be sedated. You have to be given a chance. And, ‘Can’t he go to Addenbrookes?’ (That’s a renowned, specialist regional hospital in Cambridge).

I had taken in with us the paperwork relating to your heart procedure a month before. The risks were great, I was told. They would send the scan to Addenbrookes in Cambridge and see what ‘they’ said. You would have to be taken off blood thinners. You might have another heart attack. Plus if there was a clot in your left ventricle, it might go to your brain, and then you would have a ‘dry stroke’, or it might move and create a blockage in your lungs.