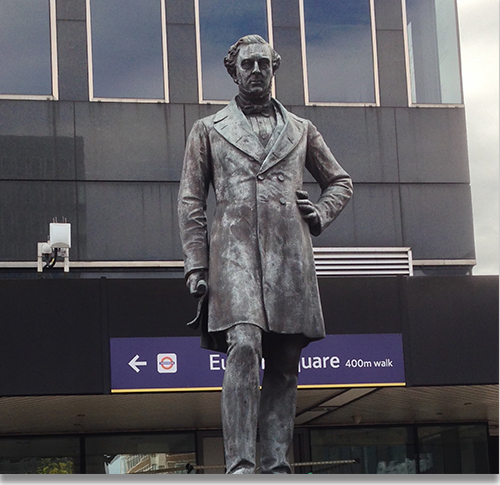 What you wanted most in life was a travelling companion, someone who would go with you on buses, trains and later planes. I fitted the bill. I didn’t mind going all the way from London to Leicester on three or five buses. We married, and our children became ‘tag-alongers’. You and your best friend from uni, Andrew, had had a special phrase:  ‘plying’, for a journey by bus where you traced a circle on the map, not returning by the same route.

We went to Portugal by train with three year old Paul and five month old Rosie. I took them, in one single Mothercare  buggie a mile, then on two buses to the beach and two back while you were in your conference. I don’t speak Portuguese. What your colleagues saw as bravery, I saw as normal. This ‘tagging along’ worked well till our boys wanted to play football on a Saturday and Rosie wanted to show rabbits.  It was me that took them. You still went plying.

I’ve explained to white-clad Sarah, your key worker, that what matters most to you is travelling, especially in buses. She says it should be possible to take you out after about three weeks in rehab.

Sarah is away for most of August, and her deputy will not authorise trips out. I take you on the bus anyway. This rehab hospital is on a hillside. We get in at the stop at the bottom of the hill and go to the top. I don’t tell. It hardly counts as ‘out of the hospital’: the road belongs to the hospital.

Last April In the Accident and Emergency Unit in B. when we were discouraged from keeping you alive, Rosie said, ‘I don’t think Daddy would like to be alive if he couldn’t travel.’ I argued that it would still be possible in a wheelchair.

Your usual key worker is back from her holiday. I finally have permission to take you out. I’ve been studying the complicated step free TFL map. Where should I take you? The British Library seems a good place. We’ll have to go and come back the same way, so it might not count as ‘plying’.

It is Saturday 7 September 2013. I arrive around 1.30 p.m., sign in the ward, give you a peck on the cheek and a hug and sign you and me out. The weather is still warm, but I’ve brought a shawl and a wheelchair rain top in case it cools down.

You are wearing one of your T-shirts – the ‘new you’, a pair of your usual black trousers from your former life, and of course underneath the ‘pad’. Your arms are leaning on a pillow. Your feet are in the green and brown lace-ups I have bought from Primark in Harrow and are firmly set upon the footplates.

‘Shall we go to The British Library, Darling? Do you remember when you used to work there under Doctor Christopholou?’

We don’t have to wait too long to get a 186 to Harrow and Wealdstone Station. And I already know how to place you in the bus.

I get train tickets. (You can’t reach the buttons even if I stretch your arm out). We go up the ramp to the inside. ‘Don’t you just love this station?’ It has its original wooden awning and it has been repainted in the Great Central maroon and cream livery that I knew when I came here to see Granny as a tiny tot.

Platform 2 is manned by a single kind attendant. Naively, I didn’t know we were supposed to give notice. He says we can’t go on the train that’s just coming in. He will get the ramp out and we can go on the next one. And he will phone Euston so they can have a ramp ready for our arrival there.

This gives us time to train-spot. A giant orange beast thunders through.

I have been expecting too much. I thought you would recognise a Virgin and know that it must be going to Birmingham or Glasgow.

We must go to the Welcome desk at Euston to reserve our journey back, we are told.  That done, I trek with you, leaning forward and pushing with my short straight arms eight minutes along Euston Road, minding the kerbs and people. How do you find the traffic noise after being in hospital for five months? You seem to take no notice, but it’s so different from those banging noises that startle you.

We enter the British Library courtyard with its rich red stone broken by the white transverse lines, go though security, pay and enter the ‘Propaganda, Power and Persuasion’ exhibition.

‘Tell me when you’ve seen enough. Say “Enough” and we’ll move on,’ but you don’t. I’m expecting too much.

We come out, along with everyone else, around 4.45 pm. Pride goes before….. I suffer an optical illusion. I do not see the first white line is a step. One wheel is just over the edge when the attendant stationed in front shrieks at me.

We’ve checked in at the Welcome Office with twenty minutes to spare and I relax in the sun-trap betweenPreta mangerand Leon. I’m on a brown wooden bench with a Pretcoffee and banana giving you intermittent sips of water from a spoon. You’re leaning back looking at the busy blue, grey and white pigeons pecking crumbs. How long will each one live? Remember when three-year-old Paul was with you in Amsterdam? Next time he saw Grandpa he asked him,

‘Did you see that dead pigeon when you went to Amsterdam, Grandpa?’

Time to go back. We’re helped on the train and end up in a compartment with two children of eight and ten carrying Natural History Museum goodies and their Mum. The fifteen minutes goes swiftly.

‘What happened to him?’ asks the younger one innocently.

‘Am I allowed to tell them?’

‘His brain was bleeding inside.’

To Arthur, ‘Did you have a nice time?’

Arthur, darling, I can’t manage Tashkent or even John o Groats just at the moment! Are you expecting too much?